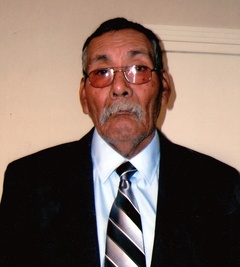 Joe was born October 28, 1938 in Posey to the late Jesus and Solidad Barrientos, he passed away on October 19, 2018 in Lubbock. On January 12, 1964 he married Isabel Pena Our Lady of Guadalupe Catholic Church in Seguin. Joe was a hardworking man and worked in the automotive field as a body shop technician.  He worked for several automotive shops including David and Cindy Brown’s Western Collision and Keystone Automotive, but most of all he enjoyed restoring cars.

He is preceded in death by his parents; brothers Santos Barrientos and Miguel Barrientos.

To order memorial trees or send flowers to the family in memory of Aboirsto Barrientos, please visit our flower store.