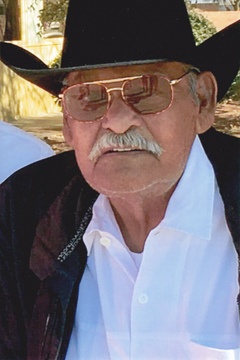 Alberto Gonzales 76, passed away Tuesday, April 17, 2018 in Lubbock. Services for Mr. Gonzales will be 10:00 Monday, April 23, 2018 at St. Joseph Catholic Church with Father Raymundo Manriquez officiating. All arrangements were made under the direction of Calvillo Funeral Home. A rosary will be held 7:00 pm Sunday evening at Calvillo Funeral Home.

Alberto was born February 28, 1942 in Cotulla, TX to Maria Ygnacia Prado.  He married Vicenta Davis on February 14, 1966 in Lubbock. He worked as a truck driver for most of his life and he enjoyed billiards, and spending time with his family and friends.

To order memorial trees or send flowers to the family in memory of Alberto Gonzales, please visit our flower store.