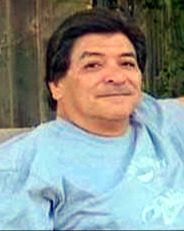 Visitation for Alejandro “Cando” Mendieta, 58 of Lubbock will begin 11:30 a.m. to 8:00 p.m. on Thursday, December 15, 2022, at Calvillo Funeral Home Chapel-Lubbock with a rosary beginning at 6:00 p.m. the same evening. Funeral Mass will be held 10:00 a.m., Friday, December 16, 2022, at Our Lady of Guadalupe Catholic Church-Lubbock with Father Martin Pina officiating. Burial will follow at Resthaven Memorial Park under the direction of Calvillo Funeral Home.

Alejandro was called to be with the Lord, Sunday, December 11, 2022. He was born on August 15, 1964, in Cameron, County to Francisco and Josefina Mendieta. On October 23, 2003, he went onto marry Rachel Ortiz in Lubbock. Alejandro worked numerous years as a welder, in the agriculture business. He enjoyed working on and cleaning cars, traveling, fishing, and playing the lottery. However, Alejandro’s greatest joy in life was spending time with his family, especially his grandchildren.

He is preceded in death by his parents Francisco and Josefina Mendieta; a brother Rodolfo Mendieta and a sister Maria Mendieta.

To order memorial trees or send flowers to the family in memory of Alejandro "Cando" Mendieta, please visit our flower store.