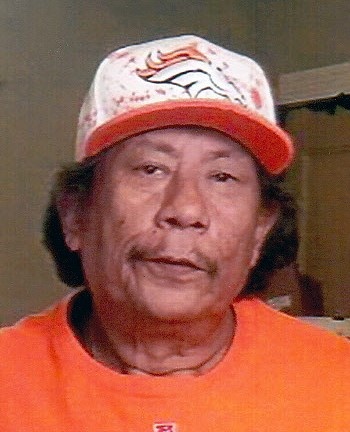 Visitation for Alfredo “Pepe” Herrera Jr., 64, of Lubbock will be from 2:00 p.m. to 8:00 p.m. on Thursday, March 25, 2021. with a rosary beginning at 6:00 pm the same day, the family has requested a closed casket. Graveside services will be held 10:00 am, Friday, March 26, 2021 at Peaceful Gardens Memorial Park with Daniel Garza officiating. All arrangements were made under the direction of Calvillo Funeral Home and Chapel.

Mr. Herrera was called to be with the Lord, Friday, March 19, 2021. He was born on April 26, 1956 in Lubbock to Alfredo Sr. and Juanita Herrera. He was a cook for Josie’s Restaurant for many years. He was a Catholic; he enjoyed watching football and was an avid Denver Broncos fan. He had a love for fishing, and listening to music, especially Ramon Ayala and La Mafia. However, his greatest joy in life was being with his family. They will always remember and cherish his memory.

According to local and state guidelines, facemasks will be required at all times during visitation and funeral services. Temperatures will be taken upon entering funeral home.

To order memorial trees or send flowers to the family in memory of Alfredo Herrera Jr., please visit our flower store.