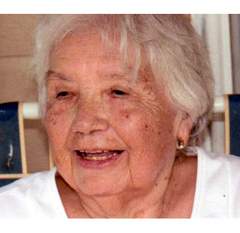 Rosary for Amelia Mota 86 of Lubbock will be Tuesday, March 14, 2017 at 6 PM at Calvillo Funeral Home Chapel. Funeral mass will be celebrated on Wednesday, March 15, 2017 at 10 AM at San Ramon Catholic Church with Father Joey Thachil officiating. Burial will be in Nevels Cemetery under the direction of Calvillo Funeral Home and Chapel.
Amelia went to be with the Lord on Friday, March 10, 2017. She was born on April 5, 1930 in Fredericksburg, Texas to the late Tomas and Inez Castellon. She married Antonio Mota on January 18, 1952 in Tahoka. She was a retired cook for Texas Tech University and a member of San Ramon Catholic Church. She enjoyed sewing, gardening, and cooking for her family making sure they always had tamales at Christmas.
Survivors include her husband of Lubbock; two sons, Antonio Mota Jr and Robert Mota both of Lubbock; three daughters, Dora Dunlap of Arlington, Oralia Mota and Josephine Olbera both of Lubbock; two brothers Walter Castellon and Armondo Castellon both of Tahoka; a sister, Ernestine Zuniga of Lubbock; sixteen grandchildren; thirty eight great grandchildren and seventeen great great grandchildren.

To order memorial trees or send flowers to the family in memory of Amelia Mota, please visit our flower store.