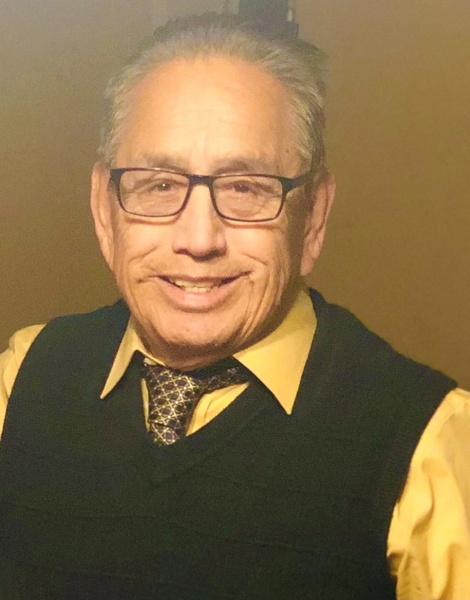 Antonio Flores ‘Honey’, 70, of Lubbock passed away Saturday, June 12, 2021, in Lubbock.  Services for Mr. Flores will be 10:00a.m., Wednesday, June 16, 2021, at Emmanuel Worship Center in Lubbock with Rev. Vicente Villalon officiating.  Burial will follow in City of Lubbock Cemetery under the direction of Calvillo Funeral Home. Viewing will be 11:00-8:00pm on Tuesday, June 15, 2021, with a Celebration of Life at 6:00p.m. on the same day at Calvillo Funeral Home Chapel.

Antonio was born May 10, 1951, in Lamesa to Tanis and Thomasa Flores.  He married Elvira Ojeda in Lubbock on December 1, 1969 and were married for fifty one years. He worked in maintenance for St. Paul’s Church for many years. He enjoyed life in many aspects; doing crossword puzzles, watching family feud on television, going to garage sales, and visiting the Goodwill store and attending his granddaughter’s baseball games.  However, his greatest joy was spending time with his wife and family, especially the grand babies.

To order memorial trees or send flowers to the family in memory of Antonio Flores, please visit our flower store.