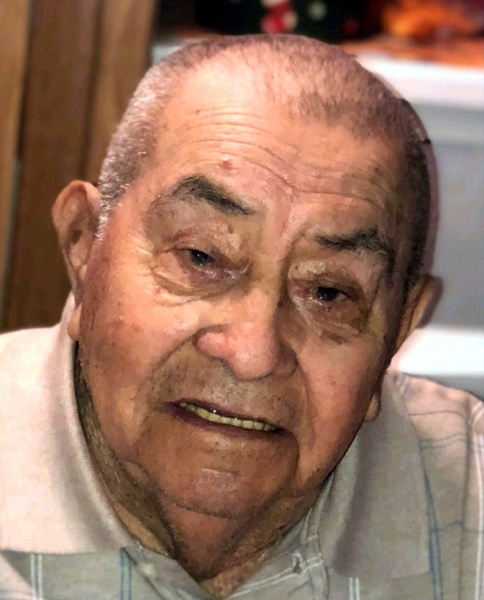 Viewing and visitation for Antonio Mota, 91 of Lubbock will be held from 10:00 a.m.to 8:00 p.m., Friday, November 13, 2020 at Calvillo Funeral Home Chapel with a rosary beginning at 6:00 p.m. the same day. Funeral Mass will be held 10:00 a.m., Saturday, November 14, 2020 at San Ramon Catholic Church with Father Rene Perez officiating. Burial will follow at Nevels Memorial Park under the direction of Calvillo Funeral Home.

Mr. Mota was called to be with the Lord, Wednesday, November 11, 2020. He was born on September 28, 1929, to the late George and Felecita Mota. Antonio was a Christian and a Catholic by faith. On January 12, 1952 he married Amelia Castillion, she preceded him in death on March 10, 2017. He worked from 1973 to 1991 at American Metal Company before retiring. He was a kindhearted soul who not only loved and took care of many animals namely cows, chickens, horses and even a bull but also loved fishing and driving a tractor.  He was also a wrestling fan, however; his greatest joy was being with his family.

He is preceded in death by his parents George and Felecita Mota; and daughter in law Anna Mota (November 3, 2020).

According to local and state guidelines, facemasks will always be required during visitation and funeral services. Temperatures will be taken upon entering funeral home.

To order memorial trees or send flowers to the family in memory of Antonio Mota, please visit our flower store.