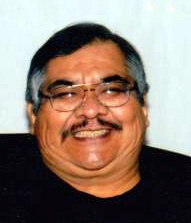 Rosary for Antonio C. "Tony" Silvas, Jr 59 of Tahoka will be today and Friday at 7 PM at Calvillo Funeral Home Chapel-Tahoka. Celebration of funeral mass will be on Saturday, February 6, 2016 at 10 AM at St. Jude Catholic Church with Deacon Pete Paniagua officiating.
Burial will be in Nevels Cemetery under the direction of Calvillo Funeral Home and Chapel.
Tony went to be with Lord on Tuesday, February 2, 2016. He was born on November 13, 1956 in Levelland to the late Antonio Silvas, Sr (August 28, 2015) and Refugia "Cuca" Silvas.
Tony was a 1976 graduate of Tahoka High School. He graduated from CBM Technical School in 1983.He worked for Texas Instruments from 1978 till 1981. He retired from Allsups in 2007 where he was a clerk.
Tony was dedicated to St. Jude Catholic Church, he was a CCE teacher and a member of the Men's Organization.
Survivors include his mother Refugia "Cuca" Silvas of Tahoka, two brothers Raul and Francis Silvas of Lubbock, Arthur Silvas of Tahoka, two sisters Virginia Silvas and Emilio Calvillo Jr of Wilson, Diana Silvas of Tahoka, and six nieces and nephews.
To order memorial trees or send flowers to the family in memory of Antonio Silvas, Jr., please visit our flower store.