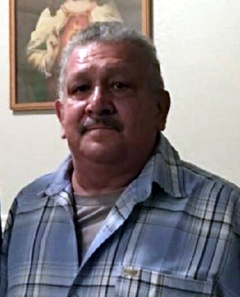 Armando was born October 28, 1955 in Lubbock to the late Arturo & Esperanza Altamirano. He married Diana Moreno in 1998 in Lubbock and was a devoted catholic. He worked for Chaparral Motors as a detailer for many years, worked as a brick layer and enjoyed collecting buttons and spending time with family.

He is preceded in death by a sister, Dubelsa Matilde Altamirano Alcantara, a niece, Christina Margarita Perez.

To order memorial trees or send flowers to the family in memory of Armando Altamirano, please visit our flower store.