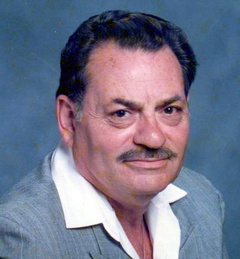 Rosary for Aureliano Lucero 79 of  Lorenzo will  be Friday October 9, 2015  7 PM at Calvillo Funeral Home Chapel. Funeral mass will be celebrated on Saturday  October  10, 2015  10 AM at St. Lorenzo Catholic Church with Father Jose Kochuparambil officiating. Burial will be in The city of Lorenzo Cemetery under the direction of Calvillo Funeral Home and Chapel.
Aureliano passed away on Monday October 5, 2015 in Lubbock. He was born on July 31, 1936 in Lubbock to the late Elfren and Maria Lucero. He married Erlinda Diaz in 1988 in Lorenzo. He worked and retired from General Motors in 1985. He was a catholic.
Survivors include his wife of Lorenzo, seven sons, Sammy Lucero, Danny Lucero, Alfred Lucero, Johnny Lucero, Matt Lucero, Raymond Lucero all of Michigan and John Diaz of Lubbock,two daughters Victoria Netschke of Houston, and Donna Diaz of Lubbock a sister Nancy Valdez of California, 12 grandchildren and one great grandchild.

To order memorial trees or send flowers to the family in memory of Aureliano Lucero, please visit our flower store.