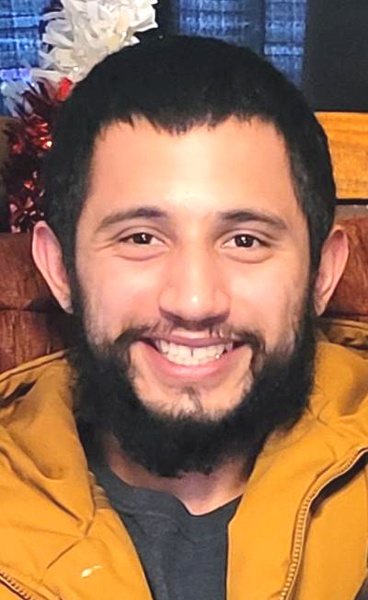 Visitation for Aven Christopher Vela, 22 of Lubbock, will begin on Monday, January 24, 2022, from 11 a.m.-9 p.m. at Calvillo Funeral Home Chapel with a rosary beginning at 7:00 pm the same evening. Graveside services will be held at 10:30 a.m., Tuesday, January 25, 2022, at City of Lubbock Cemetery with Father Reymundo Manriquez officiating. All arrangements were made under the direction of Calvillo Funeral Home & Chapel.

Aven went to be with the Lord on Friday, January 14, 2022. He was born on December 24, 1999, in Lubbock to Conrad Vela III and Leandra Rivera. Aven, a Catholic, served many years as an alter server for St. Joseph Catholic Church. He graduated from Lubbock High School, where he had participated in the R.O.T.C program and competed in Drill Team Competitions in Daytona, Florida. Aven had numerous interests, including cooking, reading, drawing, golfing, and playing chess. He had a deep love for music and enjoyed playing the drums, guitar, piano, and violin. Also, he enjoyed being outdoors, whether being on the water in the canoe he built, making guns, bows and arrows out of wood, fishing, or riding his skateboard, Aven had a deep passion for life and all it brought with it.

Please wear a mask when entering the funeral home.

To order memorial trees or send flowers to the family in memory of Aven Vela, please visit our flower store.