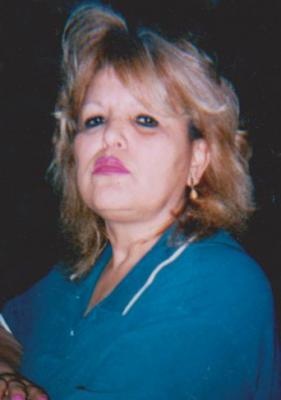 Obituary:
Beatrice "Pebble" Cardenas, 60 passed away Friday, March 28, 2014 at University Medical Center. Services for Mrs. Cardenas will be 10:00 am Friday, April 4, 2014 at Our Lady of Grace Catholic Church with Father Angelo Consemino officiating. Burial will follow at City of Lubbock Cemetery under the direction of Calvillo Funeral Home. Family will have a rosary 7:00 pm tonight at Calvillo Funeral Chapel.
Beatrice was born December 2, 1953 in Abernathy to Julian and Frances Flores. She enjoyed cooking, and playing Spanish bingo giving her time to do what she loved most which was spending time with her family and grandchildren.
She is survived by one son, Librado "Lee" Rodriguez of Lubbock; one daughter, SanJuana "Negra" Rodriguez of Las Cruzes; one brother, Lioneres Flores of Lubbock; two sisters, Augrora Jimenez of Brownfield, Hope Loera of Lubbock; seven grandchildren; thirteen great grandchildren.
She is preceded in death by her parents, Julian and Frances Flores; one daughter, Olga Olivia Rodriguez; three brothers, Hilario Flores, Julian Flores, Juan Flores, one sister, Audelia Ballejo

To order memorial trees or send flowers to the family in memory of Beatrice Cardenas, please visit our flower store.