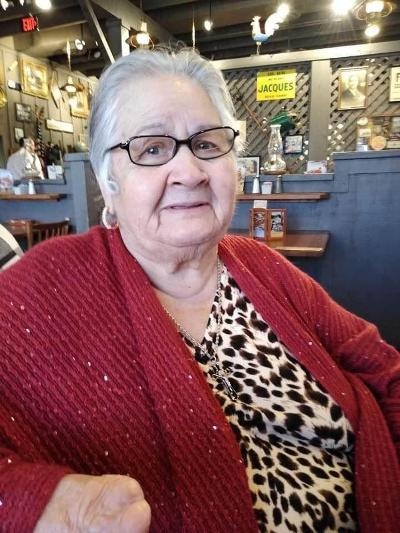 Viewing and visitation for Belia S. Albarado, 83, of Tahoka will be from 10:00 a.m. to 8:00 p.m., Saturday, January 16, 2021 at Calvillo Funeral Home Chapel-Tahoka, with a rosary beginning at 6:00 p.m. the same day. Cremation arrangements were made under the direction of Calvillo Funeral Home.

Mrs. Albarado went to be with the Lord on January 13, 2021. She was born on February 20, 1937 to the late Ramon and Julia Sanchez. Later in life on June 15, 1952, she married Alejandro Albarado in Lubbock, he preceded her in death on July 23, 2003.  Belia was a devoted Catholic, a member of St. Jude’s Catholic Church, she also served as a Guadalupana for numerous years. Belia was also a homemaker, she enjoyed cooking and was known for how good her tamales were and gardening. A dedicated wife, mother and grandmother, her family was her greatest joy. Her family will always remember what a caring and loving soul she was, her doors were always open to anyone.

She is preceded in death by her parents; her husband Alejandro Albarado and a daughter Maria Vasquez.

To order memorial trees or send flowers to the family in memory of Belia Albarado, please visit our flower store.