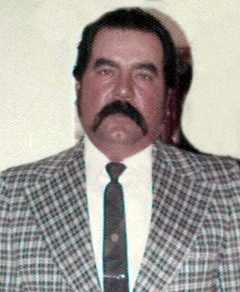 Benito was born April 3, 1934 in Jackson County to Ysabel & Maria De Leon.  He married Angelita Trevino on September 3, 1953 in Inez. He worked as a farmer for most of life and enjoyed fishing, hunting, and gardening his flowers.  He loved watching wrestling, telling stories and spending time with his family and friends.  In lieu of flowers, the family has asked to make donations to St. Jude Children’s Hospital.

He is preceded in death by one brother, Hacinto “Chico” De Leon; one sister, Fabiana De Leon.

To order memorial trees or send flowers to the family in memory of Benito De Leon, please visit our flower store.