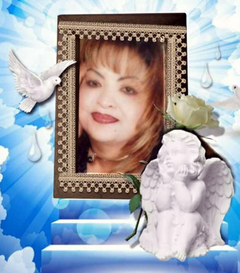 Betty passed away on Tuesday. December 13, 2016. She was born on October 27, 1963 in Lubbock to the late Ramon Guerra and Augustina Rangel. She was a catholic and a member of St. Patrick’s Catholic Church. She treasured being a glamorous woman, wearing makeup and dressing up was one her delights in life. Betty had the biggest heart, was always laughing and never held a grudge towards anyone.

To order memorial trees or send flowers to the family in memory of Betty Sandoval, please visit our flower store.