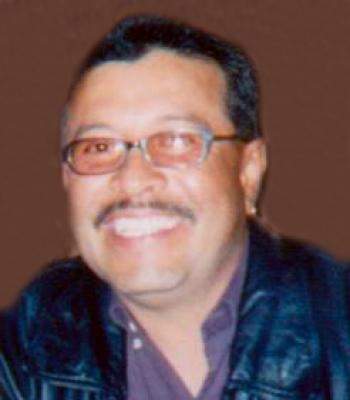 Visitation Information:
Rosary will be Thursday, May 22, 2014 at Calvillo Funeral Home

Obituary:
Billy J. Gaytan, 54 passed away Tuesday, May 20, 2014 at Covenant Specialty Hospital. Services for Mr. Gaytan will be at 10:00 am, Friday, May 23, 2014 at Our Lady of Guadalupe Catholic Church with Father Andres Mendoza officiating. Burial will follow at Englewood Cemetery in Slaton under the direction of Calvillo Funeral Home. There will be a rosary held at 7:00 pm tonight at Calvillo Funeral Home.
Billy was born on April 2, 1960 in Slaton to Fred and Janie Gaytan. Being a lifelong resident of Lubbock, he attended Estacado High School, was a Crucillista and enjoyed participating in Jamaicas, going to the flea market and watching the Dallas Cowboys.
He is survived by his parents, Fred & Janie Gaytan of Lubbock; one son, Joshua Gaytan of Lubbock; seven brothers, Elias Gaytan, John Gaytan, Chris Gaytan, Ernest Gaytan, Danny Gaytan, Larry Gaytan, and Jerry Gaytan all of Lubbock; one sister, Cynthia Jimenez of Lubbock; one granddaughter, Savannah Marie Wheeler of Lubbock and a host of nieces and nephews.
He is preceded in death by his brother, Gilbert Gaytan. (Nov. 20, 2012)

To order memorial trees or send flowers to the family in memory of Billy Gaytan, please visit our flower store.