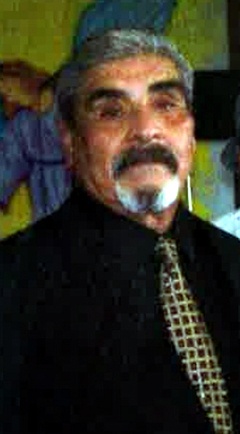 Viewing and visitation for Charles J. Galvan, 69 of Lubbock will be on Saturday, October 14, 2017, 2-6 PM at Calvillo Funeral Home Chapel. Arrangements were made under the direction of Calvillo Funeral Home and Chapel. Mr. Galvan passed away on Wednesday, October 11, 2017. He was born on March 28, 1948 in Lincoln, Nebraska to the late Pablo and Margarita Galvan. On September 18, 1966 he married his loving spouse Hortensia Rodriguez in San Marcos, Texas. Charles managed businesses and was a truck driver for many years; He spent his happiest days being a boxing coach and going fishing. His family will always remember he never turned down anyone who needed help. He is preceded in death by his parents; brothers Sylvester Galvan and Victor Galvan; A sister Flora Galvan. Survivors include his wife Hortensia Galvan of Lubbock, two sons Jose Carlos Galvan Jr. and Gabriel Galvan both of Lubbock; Brothers Jose Antonio Galvan, Cipirano Galvan and Rafel Galvan all of Lubbock; Sisters Maria Reyes Delgado of Lubbock, Rosa Maria of Autman, Valentina Galvan Cerna of Lubbock, Paula Galvan Flores of Hobbs, NM. Four grandchildren and seven great grandchildren.

To order memorial trees or send flowers to the family in memory of Charles Galvan Sr., please visit our flower store.