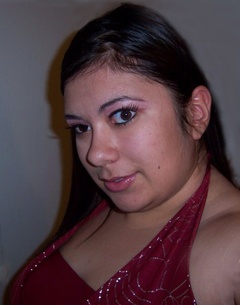 Colette Escobedo was born on August 7, 1986 in Lubbock, TX. She and her unborn son Domingo Sebastian Coyote embraced eternal peace with the Lord on Tuesday March 17, 2015. She was pursuing her career with the Early Head Start Program at Texas Tech University where she was a teacher and will be dearly missed by her friends and colleagues.  She supported Texas Tech Red Raiders as she earned her Bachelorâ€™s Degree in Human Development & Family Studies. She is preceded in death by her father Domingo M. Escobedo.  Survivors include her husband Jose Guadalupe Coyote; her daughter Julia Belen Coyote of Lubbock; her mother Maria Escobedo of Ropesville; her sister Yvette Escobedo of Ropesville; and a brother Juan Domingo Escobedo of Ropesville.

Visitation will start Monday at 10 AM until 9 PM. Rosary will be held on Tuesday, March 24,2015 at 7 PM at Calvillo Funeral Home Chapel. Funeral mass will be celebrated on Wednesday, March 25, 2015 at 10 AM at St. Joseph Catholic Church with Father Martin Pina officiating. Burial will be in Peaceful Gardens Memorial Park under the direction of Calvillo Funeral Home and Chapel.
to send you condolences go to www.CalvilloFuneralHome.com
To order memorial trees or send flowers to the family in memory of Colette Escobedo, please visit our flower store.