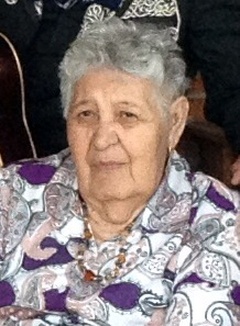 Consuelo Castro, 84 passed away Thursday. June 11, 2015 in Ft. Worth.  Services for Mrs. Castro will be at a later date in Ft. Worth.  Arrangements were made under the direction of Calvillo Funeral Home.

Consuelo was born January 15, 1931 in Ft. Stockton to Vacilio & Felicia Marruffo. She came to Lubbock in 1947 from Ft. Stockton and lived here until recently moving to Ft. Worth.  She married the late Juan Castro on May 37, 1954 in Lubbock and after nearly 56 years of marriage, Juan passed away in March of 2010.  She was a home maker and a Catholic who enjoyed spending time with her family and grandchildren.

To order memorial trees or send flowers to the family in memory of Consuelo Castro, please visit our flower store.