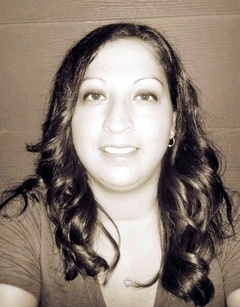 Rosary for Crystal Garcia Perez 34 of Lubbock will be today Tuesday, June 7, 2016 at 7 PM at Calvillo Funeral Home Chapel. Funeral mass will be celebrated on Wednesday, June 8 at 10 AM at St. Joseph's Catholic Church with Deacon Santos Chavez officiating. Burial will be in Peaceful Gardens Memorial Park under the direction of Calvillo Funeral Home and Chapel.
Crystal went to be with the Lord on Friday, June 3, 2016. She was born on February 9, 1982 in Lubbock to the late Armondo Garcia Jr (July 12, 2015) and Sara Olivarez.
She married Edward "Eddie" Perez on October 16, 2010 in Lubbock. She was a 2000 Lubbock High graduate.  She was a supervisor for Suddenlink.
Crystal enjoyed playing bingo, She was great homemaker. Her favorite football team was the Texas Tech Red Raiders. Crystal was a Catholic.
She is survived by her husband Eddie of Lubbock, four sons,Jessiah Mendez, Darin Mendez, Marcus Mendez all of Lubbock, Thomas Perez of Lamesa,two daughters Sema Perez and Maya Mendez both of Lamesa, her mother Sara Olivarez of Lubbock, three brothers Armondo Garcia (Jeanette) of Pampa, Santos Garcia of Lubbock, Rocky (Chelsea) Garcia of Lubbock, her paternal grandmother Otilia Garcia of Crowley, five nephew and five nieces which she loved all.

To order memorial trees or send flowers to the family in memory of Crystal Perez, please visit our flower store.