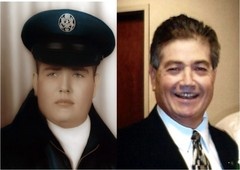 Daniel was born June 27, 1950 in Mercedes to Alfredo & Margarita Camargo Sr.  He served his country in the Airforce as a Sergeant and became a registered nurse soon after working at Covenant Hospital for over 40 years.  He married Gloria Salas on July 1, 2005 in Lubbock and enjoyed playing golf, gambling, fishing and tennis.  Most of all, he loved spending time with his family and friends.

He is preceded in death by his father Alfredo Camargo Sr. and one brother, Rolando Camargo.

To order memorial trees or send flowers to the family in memory of Daniel Camargo, please visit our flower store.