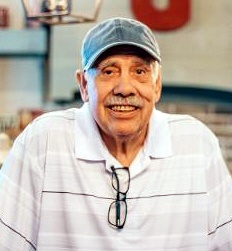 David was born June 30, 1946, in Big Spring. Texas to the late Guadalupe and Lilia Gonzales. He married Soyla Espinosa in 1967 in Lubbock, she preceded him in death on October 2005. He worked for several years as a cook and later in life as maintenance for an apartment complex. In his spare time, he enjoyed cooking, playing golf and spending time with his grandchildren. He was an avid Dallas Cowboys and Houston Astros fan and loved to cheer his teams on to victory. He was known to be a very kind, generous, and patient person. However, David’s greatest joy in life was spending time with his family and will be greatly missed by all who knew and loved him.

To order memorial trees or send flowers to the family in memory of David Gonzales, please visit our flower store.