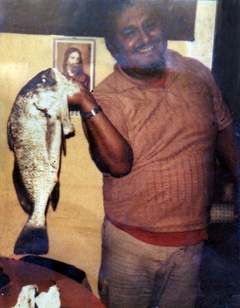 David C Montoya, 67, passed away Wednesday, January 11, 2017 at Covenant Hospital.  A memorial service for Mr. Montoya will be 10:00 am Friday January 13, 2017 at Calvillo Funeral Chapel with Ted Flores officiating.  Cremation arrangements were made under the direction of Calvillo Funeral Home.

David was born March 29, 1949 in Chicago to Arturo & Adela Montoya. He married Sandra Frieholtz on January 10, 1969 in San Jose, CA.   He worked for the City of Lubbock Parks & Recreation Dept for many years and enjoyed fishing, working on Indian Bead Work and spending time with his family and friends.

To order memorial trees or send flowers to the family in memory of David Montoya, please visit our flower store.