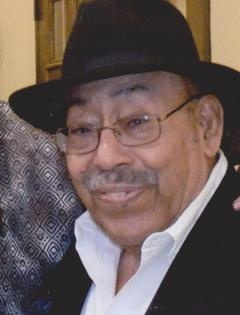 Rosary for Demencio "Mr. Dan" Garcia 85 of Tahoka will be today at 7 PM at Calvillo Funeral Home-Tahoka, Funeral mass will be on Friday at 10 AM at St. Jude Catholic Church with Father Edward Teo officiating. Burial will be in Nevels Cemetery under the direction of Calvillo Funeral Home.

He married Guadalupe "Lupe" DeLeon on August 2,1955 in Tahoka.

Mr Dan retired from the City of Tahoka in 1994 where he had been a maintenance supervisor for 27 years. After retiring he worked for Calvillo Funeral Home as a Funeral Directors Assistant. He was a member of St. Jude Catholic Church where he had served his church as President of the Mens Organization and Vice President after. He was a Crusillista. He was a past member of  The South Plains Community Action Committee.  Mr. Dan loved to garden vegetables often having a great harvest.

To order memorial trees or send flowers to the family in memory of Demencio Garcia, please visit our flower store.