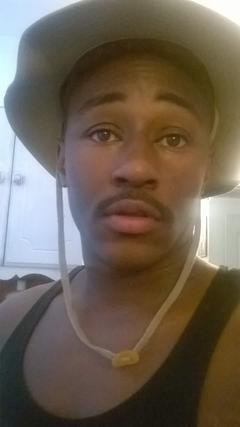 Prayer Services for DeVondric Deon Briley, 24 of Lubbock will be held 6 p.m., Friday, October 5, 2018 at Calvillo Funeral Home Chapel. Funeral services for Mr. Briley will be 11 a.m., Saturday, October 6, 2018 at Greater New Light Baptist Church with Rev. Reggie Dial officiating. Burial will follow in The City of Lubbock Cemetery under the direction of Calvillo Funeral Home.

Mr. Briley was called to be with the Lord on Monday, October 1, 2018. He was born on September 10, 1994 to Terrence Briley and LaVonne Green. He enjoyed spreading the word of God, playing basketball, playing dominoes, listening to music, but most of all he enjoyed hanging out with his siblings, family and friends.

To order memorial trees or send flowers to the family in memory of DeVondric Briley, please visit our flower store.