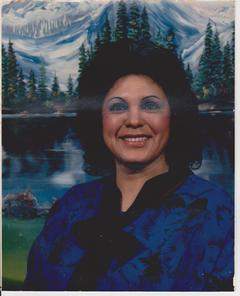 Diana was born February 24, 1950 in La Villa, Texas to Martin and Maria Gorostiza.  Diana enjoyed playing the lottery, attending the local bingo and spending time with her family and grandchildren.

She was preceded in death by two brothers, Martin Gorostiza Jr., Pete Gorostiza

To order memorial trees or send flowers to the family in memory of Diana Martinez, please visit our flower store.