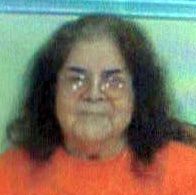 Dora Elia Ybarra,92 passed away Wednesday, December 30, 2015 at Mi Casita Nursing Home.  Services for Mrs. Ybarra will be 10:30 am Wednesday, January 6, 2016 at Sacred Heart Catholic Church in Petersburg with Father Jacob Puthuparambil officiating.  Burial will follow at Petersburg Cemetery under the direction of Calvillo Funeral Home.  Family will have a rosary 7:00 pm Tuesday, January 5, 2016 at Calvillo Funeral Home.

Dora was born August 24, 1923 in Pierdas Negras.  She married the late Pablo Ybarra on April 24, 1949 in Eagle Pass.  She was home maker and a Catholic and enjoyed spending time with her family and friends.

To order memorial trees or send flowers to the family in memory of Dora Ybarra, please visit our flower store.