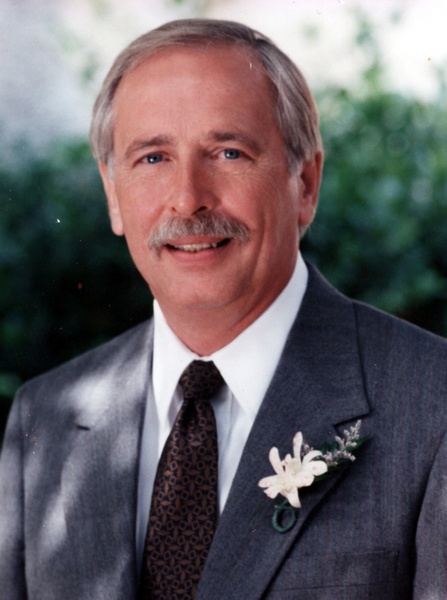 Roger Carl Schaefer's journey down the river of time ended on November 8th, 2019, at 78 years and 209 days. He was born to Lillie E. and Louis W. Schaefer II on Easter Sunday, April 13th, 1941, in Juneau, Wisconsin, a hamlet located in southeastern Wisconsin. Roger was educated in the Juneau Public School system and graduated from high school on May 29, 1959. On June 3rd, 1959, along with four classmates, he enlisted in the US Navy; during his four years of active service he was stationed in the Philippines, Hawaii and, during the Cuban Missile Crisis, volunteered for duty in Key West, Florida, from where he was honorably discharged in May, 1963.

Roger matriculated at the University of Wisconsin (Eau Claire) in 1963, majoring in political science, and graduating Magna Cum Laude in 1967. From 1968 to 1971 he attended the University of Minnesota from where he received his M.A. and Ph.D. degrees. During his graduate studies he was awarded the prestigious Hubert H. Humphrey fellowship, and served as an editor of an international journal, The Law and Society Review (1969-71). Roger's first professional position was at Ohio University (1971-75), and in the course of his tenure was designated a University Professor in 1974. He elected to join the faculty at TTU in 1975, and, because of medical reasons was required to retire as an associate professor in 2002. During his academic career he was a coeditor of a textbook, wrote chapters or articles in a number of scholarly books, and authored or coauthored articles in various refereed journals. Additionally, he authored or coauthored a number of unpublished government reports, and received research grants and educational contracts from, among others, the US Department of Justice, Texas Department of Highways, Texas Adult Probation Commission, and the Bill of Rights Collaborative.

Roger's main professional interest was in teaching. Pi Sigma Alpha nominated him as Professor of the year in 1976, '78, '79, '82, '84, '86, '94, '96, and 2000. He was chosen Outstanding Guest Lecturer in the TTU integrated Honors Program, and Mortar Board/Omicron Delta Kappa chose him as an Outstanding Faculty Member in 1987. Additional he was recognized by various professional (e.g. Pre-Law Society) and social (e.g. Delta Delta Delta) organizations for his teaching skills.

During the course of his career at TTU and beyond, he gave of his time and effort to various service organizations and activities which hopefully contributed to the greater good. These included: Lubbock Police Academy Board,1985-96; Lubbock County Criminal Task Force, 1988-97; SPAG Law Enforcement Training Committee, 1990-94; Board of Directors, CASA 1996-98; Meals on Wheels; Veterans Administration.

Two activities which brought great joy to Roger were golf and music. Unfortunately, in both instances, his reach far acceded his grasp. In the case of golf, though he scored two holes in one, he most often could be heard yelling that old golfers refrain, "oh shit", as he stripped another shot far off the mark! This of course did not deter him from returning the next day, and the next, always searching for that perfect round.

Roger began playing trumpet in grade school but ceased doing so upon graduation from high school. He renewed his interest in music while playing with the Lubbock West Winds Brass Band.

Left to contemplate his life and worth are his spouse and love of his life, Dannie Boswell Botros; his daughter, Michael Ann Johnson and spouse J.J. of Portland, OR.; two step daughters Daniel Botros of San Francisco and Sheridan Botros of San Francisco; grandchildren, Jack, Helen, and Lucy; Sisters, Rita Ann Bennett and husband Jake of Grandby, CO.), Rosemary Kurtz and spouse Gerry of Phoenix, AZ, and his little dogs Sieg and Sparky.

A memorial service will be held 10:00 am Friday, November 15, 2019 at St. Christopher Episcopal Church with Rev. Jennifer Holder officiating. All arrangements were made under the direction of Calvillo Funeral Home.

To order memorial trees or send flowers to the family in memory of Dr. Roger Schaefer, please visit our flower store.