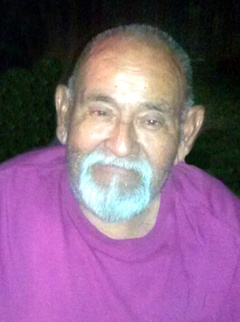 Epifanio Ybarra Jr., of Lubbock passed away Saturday, March 24, 2018 at his residence. Services for Mr. Ybarra will be 10:00 a.m. Wednesday, March 28, 2018 at St. Partick’s Catholic Church with Father Joseph Thanavelil  officiating.  Burial will follow at Peaceful Gardens Memorial Park under the direction of Calvillo Funeral Home and Chapel.  There will be a rosary at 7:00 p.m. Tuesday, March 27, 2018 at Calvillo Funeral Home.

Epifanio was born October 8, 1941 in Floresville, Texas to Epifanio and Ciria Ybarra.  He married Dora Garcia on July 17, 1967 in Weatherford. He was a member at St Patrick’s Catholic Church and enjoyed spending time at the senior citizen center and excercising.  His greatest joy, however, was spending time with his children and grandchildren.

He is preceded in death by his parents; two brothers Santos and Jesus Ybarra; three sisters, Virginia Ybarra, Anita Charles, and Juanita Galindo.

To order memorial trees or send flowers to the family in memory of Epifanio Ybarra Jr., please visit our flower store.