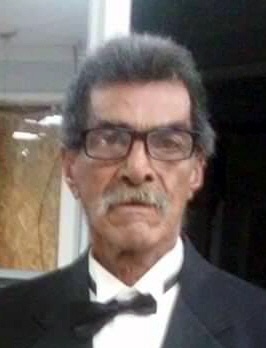 Mr. Castillo was born September 5, 1941 in Robstown to Evaristo Sr. and Refugia Castillo.  He was a Barber by trade for many years and worked for Garza’s Barbershop.  Mr. Castillo enjoyed having fun, loved dancing and being with his dogs.  He was not only a devoted Catholic but also a father who loved his family.

He is preceded in death by his parents Evaristo Sr. and Refugia Castillo, and a sister Theresa C. Dominguez.

To order memorial trees or send flowers to the family in memory of Evaristo Castillo, please visit our flower store.