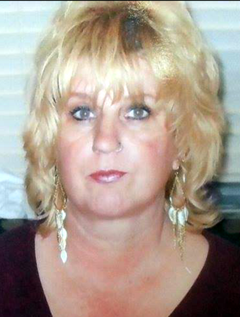 Memorial services for Evie Lois Mason Ybarra 52 of Levelland will be 10:00 am today at Calvillo Funeral Home Chapel. Arrangements were made under the direction of Calvillo Funeral Home and Chapel.
Evie passed away on Wednesday September 23, 2015 in Lubbock. She was born on February 28, 1963 in Post, Texas to Jimmy and Anna Mason. She married Louis Joseph Ybarra on June 1, 1984 in Post and worked as a Home Health Care Giver. Evie enjoyed watching movies, shopping: often requesting to shop at Goodwill and collecting jewelry.  More than anything, Evie loved spending time with her family, especially her grandchildren.

To order memorial trees or send flowers to the family in memory of Evie Ybarra, please visit our flower store.