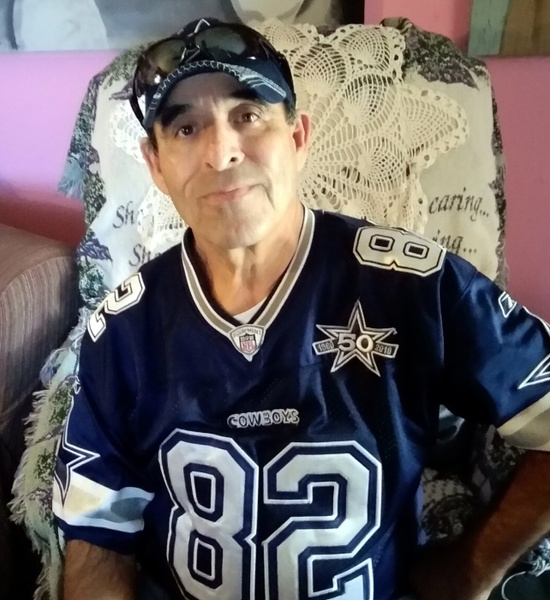 Felix Rodriguez, 62, of Lubbock passed away Sunday, June 9, 2019 in Brownfield.  Services for Mr. Rodriguez will be 10:00 am Friday, June 14, 2019 at Templo Sinai in Brownfield with Pastor Raul Gutierrez officiating.  Burial will follow in the City of Lubbock Cemetery under the direction of Calvillo Funeral Home. Viewing will begin 11:00 am Thursday at Templo Sinai with a prayer service that evening at 7:00 pm.

Felix was born July 5, 1956 in Terry County to Nestor & Linda Rodriguez.  He married Nora Gomez on May 24, 1974 in Lubbock and enjoyed fishing, watching cowboy movies, and making art. Although his health towards the end kept him from many things, it never kept him from praising God.  His belief was stronger than others unbelief and it showed by the way he kept his faith up till the end; “where is your faith” is what he would ask all the while making sure everyone knew who was really in charge.  He fought the good fight, he finished the race, and he kept the faith, and on June 9, 2019 he received his crown of righteousness which the Lord gave to him on that day.

He is preceded in death by two grandchildren, Isaac Nathaniel Rodriguez and Stevie Ray Rodriguez.

To order memorial trees or send flowers to the family in memory of Felix Rodriguez, please visit our flower store.