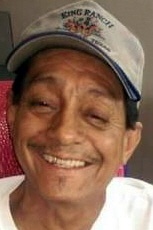 Fermin was born August 11, 1953 in Dumas to Fermin & Edilia Sifuentez.  He graduated from Caprock High and later married Ida Ortiz.  He worked as a self-employed contractor for most of his life and enjoyed watching the Dallas Cowboys, fishing, joking around and spending time with his family and friends.

He is preceded in death by his wife, Ida Sifuentez; his father, Fermin Sifuentez Sr.; one brother, Danny Sifuentez.

To order memorial trees or send flowers to the family in memory of Fermin Sifuentez Jr., please visit our flower store.