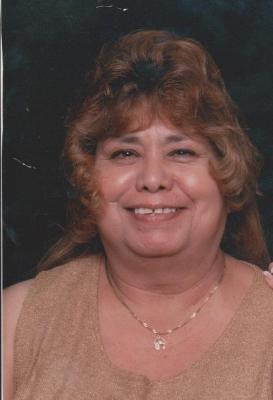 Visitation Information:
Viewing will began Saturday January 18, 2014 . Rosary will be Sunday January 19, 2014 at 7:00 pm at Calvillo Funeral Home . Service will be at 10:00 am Monday January 20, 2014 at St. Joseph's Catholic Church. Interment will follow after service at Center Plains Cemetery in Cotton Center, Texas

Obituary:
Frances was passed away on Friday January 10, 2014 in Lubbock. She was born on August 23, 1948 in Lorenzo, Texas to the late Mauricio and Maria Castilleja. She married Edward Villarreal in 1971 in Hale Center, he preceded her in death in 1982. She was a Catholic, she had worked for Grinnell Products and Levines. She is preceded in death by two daughters Adela V. Gonzalez on January 11, 2014, Stella Villarreal in 1974, a brother Victor Castilleja, a sister Lupe Janices, and a granddaughter Audrey Ann Marie Adame in 1993.
Survivors include two sons Edward Villarreal of Las Cruces, New Mexico and Mike Villarreal of Lubbock, three brothers Jose Angel Castilleja of Lubbock, Tony Castilleja and Johnny Castilleja both of Cotton Center, three sisters Maria Puente of Lorenzo, Martina Juarez of Petersburg and Santos Lara of Houston, 6 grandchildren and 2 great grandchildren.

To order memorial trees or send flowers to the family in memory of Frances Garcia, please visit our flower store.