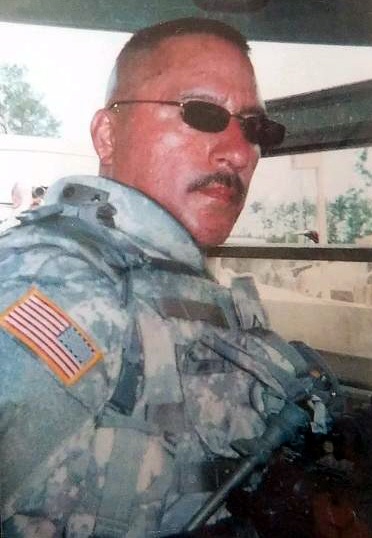 Mr. Honesto was called to be with the Lord, Saturday, November 28, 2020. He was born on February 9, 1965, to Aurelio and Otila Honesto in Morton, where he married Rita Munguia on April 10, 1987. He obtained his GED, attended South Plains College and Kaplan College where he graduated as a dental assistant. A jack of all trades, Frank was also a welder. On May 14, 2007, he enlisted into the United States Army serving as an infantryman during the Iraq War; Frank obtained five honorable medals during his service. Including The National Defense Service Medal, The Global War on Terrorism Medal, The Terrorism Service Medal, The Iraq Campaign Medal and the Armed Forces Reserve Medal. Frank was also awarded two honorable service ribbons including The Army Service Ribbon and The Overseas Service Ribbon. On May 24, 2008, Frank was honorably discharged. During his spare time, Frank found joy in hunting and fishing. His greatest joy in life however, was spending time with his family and being a grandfather.

According to local and state guidelines, facemasks will always be required during visitation and funeral services. Temperatures will be taken upon entering funeral home.

To order memorial trees or send flowers to the family in memory of Francisco Honesto, please visit our flower store.