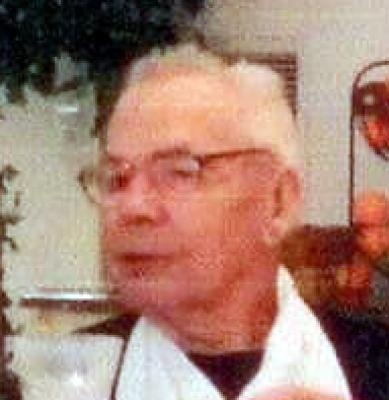 Obituary:
Francisco L Ortega, 91 passed away Monday, February 11, 2013 at Heritage Oaks Nursing Home. Graveside service for Mr. Ortega will be 2:00 pm, Friday, February 15, 2013 at City of Lubbock Cemetery with Father Jim O'Connor officiating. Burial will follow at City of Lubbock cemetery under the direction of Calvillo Funeral Home.
Francisco was born March 18, 1921 in Marfa to Juanita Lasoya. Before marrying Rosa Torres in Levelland, he enlisted in the army in 1942. He was proud to serve in WWII under Troop D. 12th Calvary as a heavy machine gunner and was awarded the Purple Heart for his service. After being discharged, he worked for Rip Griffin until he retired.
He is preceded in death by his parents, Juanita Lasoya and Bravlio Garza; his wife, Rosa Ortega; four sons, Willie Nava, Jesus Nava, Elisandro Nava, Trinidad T. Nava Jr.; two daughters, Dolores Loera, Rosa Nava Rodriguez.
He will be missed by four sons, Rey Sanchez, Mario Sanchez both of Abilene, Mike Ortega, Oscar Ortega both of Lubbock; four daughters, Elodia Chapa of Abernathy, Alicia Nava, Lupe Ybarra, Olga Barela all of Lubbock. He was blessed with a host of grandkids and great grandkids.

To order memorial trees or send flowers to the family in memory of Francisco Ortega, please visit our flower store.