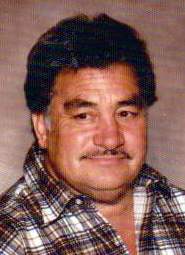 Frank was born July 6, 1940 in Clovis to Alex & Teresa Baca Sr.  He worked as a handy man for most of his life and married Veronica Huffman on January 30, 1989 in Lubbock. He was an AA Member for nearly 30 years, was good with his hands and enjoyed spending time with his family.

To order memorial trees or send flowers to the family in memory of Frank Baca, please visit our flower store.