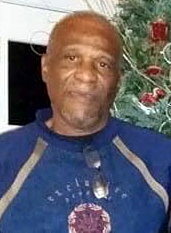 During the early evening of Thursday, July 28, 2022, Frank Alvin Vaughn, 73 of Lubbock entered eternal rest. Arrangements were made under the direction of Calvillo Funeral Home & Chapel.

Frank was born January 13, 1949, in Waco, Texas to the late Elvira Vaughn. He served in The United States Marines for numerous years; before being discharged. After wards he went onto work for TX Dot as a machine operator. On January 14, 2019, he married Georgia Carol Gober in Lubbock. His greatest joy in life, however, was spending time with his family.

He is preceded in death by his mother Elvira Vaughn.

To order memorial trees or send flowers to the family in memory of Frank Alvin Vaughn, please visit our flower store.