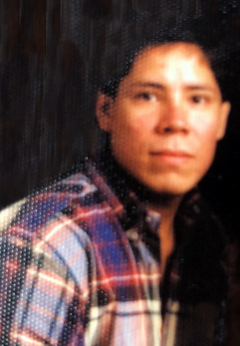 George Valdez Ramirez from Lubbock, Texas passed away on September 1, 2018 at the age of 53. George was born December 30, 1964 to the union of Eduardo Dimas Ramirez & Concepcion (Valdez) Ramirez.  George is preceded in death by his parents.
Those left to cherish his memory are his mother, Petra L. Ramirez; mother of his son, Libby Claunch; son, Matthew George Ramirez (Michelle) of Lubbock, six brothers; Edward of Harwich Cape Cod, Ma., Santos (Alma) from Arlington, Julian (Nicole) of Lubbock, Timothy (Angelica) of Farmer's Branch, Jose Luis of Lubbock and Christopher “Chris” (Graciela) of Arlington; one sister; Connie Mejia(Jarrigan) of Lubbock. George is also survived by five stepsisters, Pauline Robles, Mary Ramirez, Delia Rodriguez, Estella Adame & Dora Amaya (Eliseo).
George was a free loving soul who loved the outdoors, cycling, watching fottball & wrestling. His greatest joy was spending time with his son. George worked at Jumbo Joes's as a cook for many years. His smile and laughter will be greatly missed.
Graveside services for Mr. Ramirez will be on Monday, September 10th, 2018 at 11:00AM at Peaceful Gardens Memorial Park under the direction of Calvillo Funeral Home & Chapel. Monsignor David R. Cruz will be officiating.
Family & Friends will gather at 9702 Uvalde Ave, Lubbock, Texas, 79424 after the internment for a time of fellowship. "But from everlasting to everlasting the Lord's love is with those who fear Him, & His righteousness with their children's children.-Psalm 103:17
To order memorial trees or send flowers to the family in memory of George Ramirez, please visit our flower store.