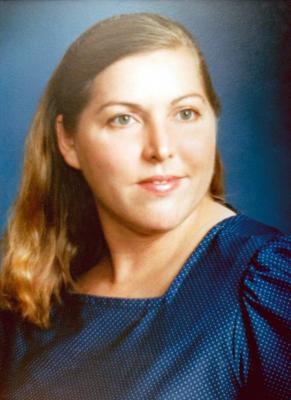 Obituary:
Services for Dr. Heidi Horsley-Layman 59 of Lubbock will be Saturday June 7, 2014 at 3:30 PM at Seventh Day Adventist Church with Chaplain Ken Cartwright officiating. Burial will be in The City of Lubbock Cemetery under the direction of Calvillo Funeral Home.
Dr. Horsley-Layman passed away on Sunday June 1, 2014. She was born on August 15, 1954 in Madison, Tennessee to the late Dr. Ernest and Dr Margaret Horsley.
She married J.R. Layman on January 20, 1981 in Dallas, he preceded her in death on October 15, 2009. Dr Horsley-Layman received her Bachelor's Degree from Suffolk University in Boston, Massachusetts. She then went on to earn her MD from Loma Linda University in Loma Linda, California. She was an outstanding and distinguished student. She went on to complete her residency at Baylor University and a Fellowship at Texas Tech University. In 1987 she opened her own private practice, The Slaton Clinic in Slaton, Texas. Her motto was, "Christian care with a woman's touch". She was a beloved mother, wife, grandmother, physician, and friend. She lived her life on her terms, and with a child-like abandon. She will be forever loved, forever remembered, and deeply missed by many.
She leaves behind: a son Winston Layman, his wife Brandi of Lubbock and their three children, Taylor, Brooke, and Sean, all of Lubbock; Her daughter Melissa of San Angelo; Five brothers, Wilson Horsley MD of Massachusetts, Brooks Horsley MD of Kentucky, Ross Horsley MD of New York, Sterling Horsley of Arkansas, Joshua Horsley MD of California; A sister Sheila Hubbell MD of Texas. As well as a multitude of people whom she touched.

To order memorial trees or send flowers to the family in memory of Heidi Layman, please visit our flower store.