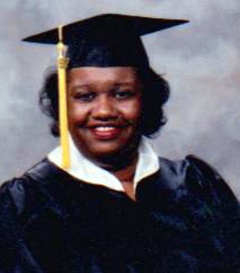 Helen Faye Viser Fitzgerald, 59 passed away Monday, November 10, 2014 at Covenant Medical Center.  Services for Mrs. Fitzgerald will be 2:00 pm Saturday, November 15, 2014 at St. John Baptist Church with Pastor Solomon E. Fields officiating.  Burial will follow at Smyer Cemetery under the direction of Calvillo Funeral Home.  Family will receive friends at 7:00 pm Friday at Calvillo Funeral Home and there will also be a special ceremony held at that time by Delta Sigma Theta.

Helen was born February 24, 1955 in Wolfforth to Cleo Lee &Dollie May Harris.  She graduated from Frenship High School in 1973 and continued on to receive her Bachelors from Wayland Baptist University and later her Masters from the University of North Texas.  She married Gerald Fitzgerald on February 27, 2005 in Lubbock.  She worked as a Librarian for Patterson Branch Library for many years and became a Licensed Minister though St. John Baptist Church.  Amongst all of her responsibilities, Helen always made sure to make time for things that mattered most which were her family.

She is preceded in death by her parents; one brother, C.L. Harris; one sister, Ruthie Harris.

To order memorial trees or send flowers to the family in memory of Helen Fitzgerald, please visit our flower store.