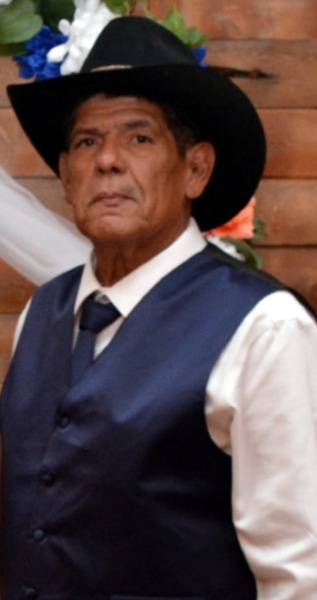 Henry L. Almaraz was born July 15, 1952 in Poteet, TX to Pedro Almaraz and Hilaria Alvarado. He married Linda Pena in Crosbyton on Oct. 29th and they were together for 45 years.  He worked in maintenance for the Grand Court in Lubbock for many years. He enjoyed fishing, playing the lottery, baseball, cooking, and barbecuing. He had a reverence for God, stood firm in faith and continually kept daily prayer. Above all, Henry was a good husband and loved spending time with his grandchildren and family. His personality and loving kindness are traits that will continue to be cherished by all who knew and loved him.

He was preceded in death by his father Pedro Almaraz and a brother Jesse Almaraz.

The Celebration of Life Service for Henry will be held on Tuesday, March 10, 2020 at 1:00P.M. The service will take place in the chapel of Calvillo Funeral Home with Pastor Joe Alex Lara officiating.

All arrangements were made under the direction of Calvillo Funeral Home and Chapel.

To order memorial trees or send flowers to the family in memory of Henry Almaraz, please visit our flower store.