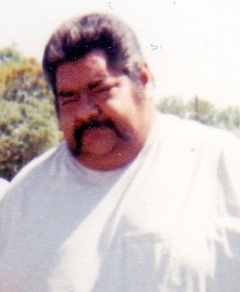 Funeral Mass for Henry Morin 64 of Tahoka will be today at 2 PM at St. Jude's Catholic Church with Father John Rathinam officiating. Burial will be in The Nevels Cemetery under the direction of Calvillo Funeral Home and Chapel.

Henry was called to be with the Lord on Monday, June 26, 2017. He was born on July 15, 1952 in Karnes City, Texas to the late Juan and Guadalupe Morin. He married Antonia Farrias in 1975 in Tahoka, she preceded him in death in 1994. He was a life long resident of Tahoka. He loved spend time with his children and grandchildren. He love to farm and listen to music.

Henry is preceded in death by two sisters Paula Morin, Josefina Morin and two brothers Domingo Morin and Lupe Morin.
Survivors include a son Adam and Juanita Morin of Tahoka, daughter Eva Morin and Edwin Correa of Midland, a brother Ruben Morin of Tahoka, six grandchildren and a great grandchild.
To order memorial trees or send flowers to the family in memory of Henry Morin, please visit our flower store.