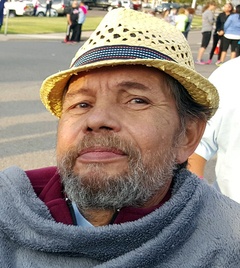 Homer was born July 6, 1952 in Lubbock.  He graduated from Lubbock High and worked as a machinist for most of his life retiring from Turbine Supply.  He married Gracie Reyna, February 21, 1987 in Lubbock and enjoyed playing his guitar, golf, jigsaw puzzles and playing in the church choir. He was an honest man who loved his family greatly and will be missed dearly.

To order memorial trees or send flowers to the family in memory of Homer Hernandez, please visit our flower store.