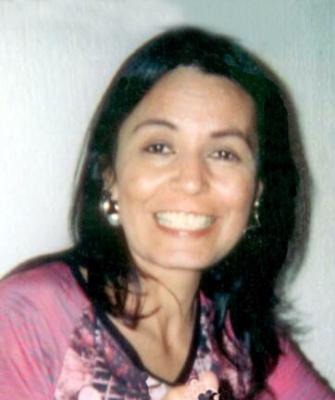 Obituary:
Irene Salazar Reveles, 51 passed away Thursday, July 4, 2013 at Providence Memorial Hospital in El Paso. Services for Mrs. Reveles will be 10:00 am Tuesday, July 9, 2013 at St. Joseph's Catholic Church with Father Martin Pina officiating. Burial will follow at City of Lubbock Cemetery under the direction of Calvillo Funeral.

Irene was born May 20, 1962 in Lubbock to Ramon and Margarita Salazar Sr. She married Jesus Reveles on May 21, 1999 in El Paso and was a homemaker. She enjoyed going to the flea markets, attending swap meets and was a big fan of soccer.

She is preceded in death by one son, Timothy Daniel Salazar Perez; her father, Ramon Salazar Sr.; one brother, Robert Salazar.

To order memorial trees or send flowers to the family in memory of Irene Reveles, please visit our flower store.