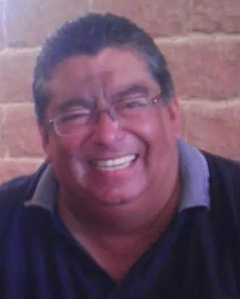 Jessie was called to be with the Lord on Monday January 26, 2015. He was born on September 10, 1963 in Fresno California.  Jessie is survived by his beloved children two sons; Marine LCPL Eric L. Martinez and Army Specialist Isreal L. Martinez and wife Lynnette Martinez all of Lubbock, a daughter Jessica A. Garza of Lubbock his ex-wife Debbie Garza of Lubbock, his parents Joe Ramirez Sr. and Sally Garza Ramirez of Lubbock, two brothers Air Force Master Sgt. John and wife Betty De La Cruz of Colorado Springs, Colorado, Joe Jr. and wife Rachel Ramirez of Amarillo, two grandchildren Ethan Ryan Martinez and Brooke A Cardenas. and many beloved nieces and nephews.
Jessie was well known by all for his cooking skills. He was loved by all.

To order memorial trees or send flowers to the family in memory of Jesse Garza, please visit our flower store.