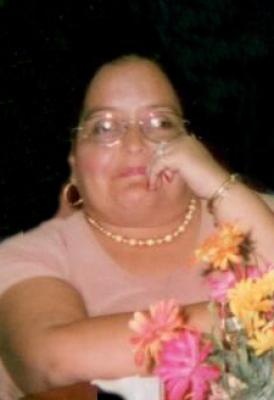 Visitation Information:
Prayer Service will be held Friday May 10, 2013 at 7:00 p.m. at Calvillo Funeral Home and Chapel.

Obituary:
Prayer services for Jessie Lee Peralez 48 of Lubbock will be Friday at 7 PM at Calvillo Funeral Home Chapel. Funeral Services will be on Saturday at 10 AM at The New Begging Church located at 1320-13th Street with Brother Pete Pena officiating. Burial will be in Peaceful Gardens Memorial Park under the direction of Calvillo Funeral Home and Chapel.

Jessie passed away on Tuesday May 7, 2013 in Lubbock. She was born on October 11, 1964 in Lubbock. She moved to California where she graduated from Besset High School and the working as a receptionist for The Regional Center. She moved back to Lubbock in 2000 from California.

She is preceded in death by a sister Barbara Peralez in 1963.

To order memorial trees or send flowers to the family in memory of Jessie Poralez, please visit our flower store.