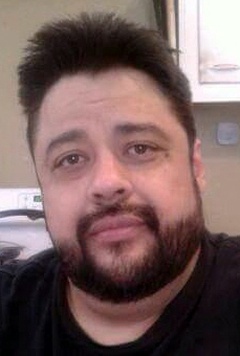 Jesus Marcus Cantu “Michael”, 48 passed away Sunday, April 3, 2016 at University Medical Center. Services for Mr. Cantu will be 10:00 am Thursday, April 7, 2016 at Our Lady of Guadalupe Church with Father Martin Pina officiating. Burial will follow at Peaceful Gardens Memorial Park under the direction of Calvillo Funeral Home. A rosary will be held 7:00 pm Wednesday, April 6, 2016 at Calvillo Funeral Home.

Michael was born April 2, 1968 in Brady to Teodora Casarez.  He worked for BFI as a welder for many years and enjoyed playing electric guitar, listening to Ozzy Osbourne (w/Randy Rhodes), cooking, barbequing and spending time with his family and grandchild.  He was jokester who enjoyed making people laugh and it was always joyful being around him.

He is preceded in death by his father, Leonel Sauceda; a sister, Christina Sauceda.

To order memorial trees or send flowers to the family in memory of Jesus Cantu "Michael, please visit our flower store.