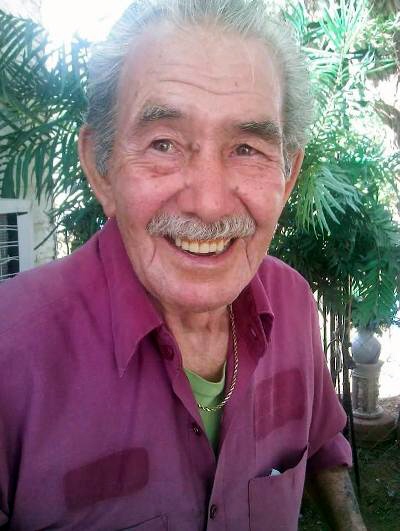 Joe went to be with the Lord, Friday, May 13, 2022. He was born October 12, 1935, in Kenedy, Texas to the late Vidal and Felipa Herrera. Later in life he went onto marry Mary Gutierrez in Lubbock. He worked for West Texas Compress for fifty-three years before retiring. Joe enjoyed playing the lotto, listening to music,  dancing, mowing lawns and playing with his dogs. However, Joe’s greatest joy in life was spending time with his family and being a grandfather. He will be greatly missed by all who knew and loved him.

He is preceded in death by his parents Vidal and Felipa Herrera; a daughter Irma Lee Herrera (2015) and a son Vidal Herrera (2017)

To order memorial trees or send flowers to the family in memory of Joe Herrera, please visit our flower store.