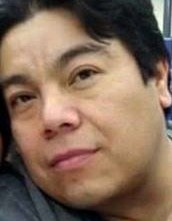 Mr. Hernandez was called to be with the Lord, Monday, October 12, 2020. He was born on July 22, 1974 to Jessie Cantu Hernandez and Mary Hernandez.  He was a graduate of Monterey High School and a dedicated caregiver in the MHMR field. John loved to cook, especially when it came to barbequing. He was also a talented woodworker, specializing in furniture. John loved to listen to as well as attend rock and roll concerts.  However, Johns best times were being with his family.  He will be missed by everyone who knew and loved him.

He is preceded in death by his father Jessie Cantu Hernandez Sr. and by his maternal grandparents Ernestina Chapa Benitez and Leonard Alcorta Benitez.

To order memorial trees or send flowers to the family in memory of John Hernandez, please visit our flower store.